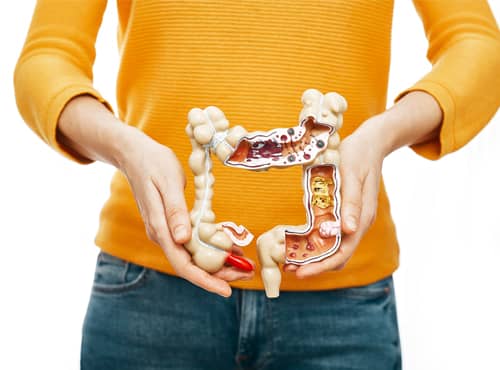 Flatulence or buildup of gas is a very common digestive system issue that can lead to abdominal discomfort. Usually, one passes gas 20 times a day, but an unordinary recurrence can be painful, discomfort and embarrassing.

Usually, one gets rid of gas through the mouth (burping) or anus (flatulence).

The body makes gas in two ways: when you swallow air when you consume food or drink. The swallowed air is usually removed by the burping process. The leftover gas, which is not released by burps, goes into the intestine and is removed as flatulence.

The other time is when the bacteria act on the food to help with digestion.

Undigested food travels from the small intestine to the large intestine. Once it reaches there, the bacteria may act on, producing carbon dioxide, methane, and hydrogen, which then leave your body.

Either of the processes produces gas or flatulence.

Although most gas is related to food, not everyone gets gas from the same foods.

Why do some foods cause more flatulence?

Foods that cause flatulence are high in polysaccharides, mainly oligosaccharides, such as inulin. Inulin is related to dietary fibres known as fructans.

Examples of foods that can worsen flatulence include:

But there are some reasons why some foods cause more gas than others, such as:

If there are signs of a blockage, or if there is blood in the feces, you need immediate medical intervention.

If you have flatulence, and if you experience the following girls, see your doctor right away.

Depending on the cause of the flatulence, you may treat it at home using some measures, such as:

In Ayurveda, flatulence is also known as Aadhaman. The characteristics of vitiated Vata and Pitta Doshas often resemble the symptoms of gas or flatulence causing foul smelly defecation, pain in the lower abdomen, breathing issues, etc.

Pitta controls the digestive power that symbolizes heat or fire. If you have aggravated Vata and Pitta doshas, this may result in poor digestion, which leads to gas.

Agni feeds on the food and digests it into nutrient plasma. The nutrient plasma thus nourishes all the other dhatus or body tissues. But when agni is weak, it results in impaired digestion, resulting in the production of toxins.

As this happens, ama may accumulate itself to the dhatus and tissues, thereby vitiating Vata even more.

Aggravated Vata may trap air in the digestive tract, which triggers the signs linked to flatulence.

Ayurvedic medicines for flatulence are quite effective in managing issues linked to the digestive system, including gas. The cleansing herbs in the medicines are meant to pacify or calm the doshas that tend to be aggravated in this case.

At AyuKarma, we are dedicated to helping our patients with our ayurvedic methodologies only. Medicines which are prepared by us are helpful in overall health improvement and come with little or no downsides.