WHAT IS PARKINSON'S DISEASE? 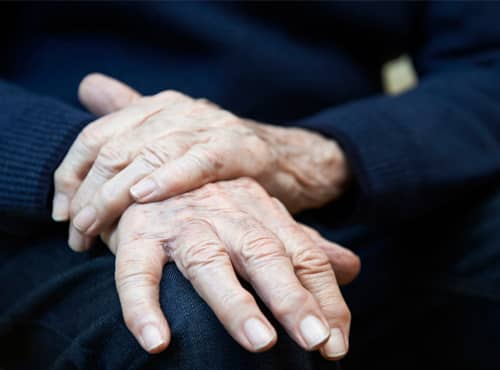 Parkinson’s disease is a type of nervous system disorder that affects the balance, coordination, and movement of an individual. It is a progressive disorder that affects the movement of the body in the first place. Smooth and balanced muscle movements are enforced by a chemical called dopamine in the brain. It is produced in the part of the brain called the “substantia nigra”.

A person with Parkinson’s disease has unhealthy cells of the substantia nigra, that begin to die out. As this continues, dopamine levels take the edge off, and by the time they drop to 60, symptoms can be experienced.

The symptoms of Parkinson’s disease develop slowly, and initially, a tremor can be experienced in one hand, followed by stiffness or numbness in the parts of the body.

Initially, when the dopamine levels are dropping, your face may no show any expression, your arms not swing well, and you have a slurry speech.

Ayurvedic treatment can be taken along to initiate to receive a permanent recovery. The treatment can help significantly reduce the symptoms of Parkinson’s disease.

The disease affects men and women equally. However, there are studies that explain men to be more susceptible to Parkinson’s than women.

Another risk factor for Parkinson’s is aging. Most people develop it after they have reached 60, while about 5 to 10% of people with Parkinson’s have an early-onset, nearly around the age of 50. Early onsets are imputed to specific gene mutations, so we can say that in the case of Parkinson’s disease, the inheritance factor is also put to blame.

Many doctors use the Hoehn and Yahr scale to distinguish the stages of Parkinson’s disease. This scale divides symptoms into five stages to help healthcare providers know how advanced the disease has progressed.

Stage 1 is the mildest form. It’s so mild; in fact, the symptoms that too mild to be noticed. Often the signs do not interfere with your daily life and tasks.

The progression from stage 1 to stage 2 takes months or years. The noticeable signs at this stage may include changes in posture and facial expressions.

At this middle stage, the old symptoms start to become more noticeable such as your slow movements. Imbalance becomes more significant and common. But people with stage 3 Parkinson’s can usually lead a normal and healthy life.

It is a severe stage. At this point, you may find it extremely hard to walk without support. Reactions and muscle movements also reduce to a very extent. Living alone can be unsafe for the patient.

In this advanced stage, severe symptoms can cause life-endangering situations for patients. They need a wheelchair to walk around and support to stand. Around-the-clock assistance is necessary at this time.

Also, at this stage, confusion and even hallucinations are quite common.

The symptoms of Parkinson’s disease signs can vary from person to person. In many cases, the signs remain unnoticed or mild. The symptoms often begin slowly on one side and gradually affect both sides.

Parkinson's signs and symptoms may include:

See your doctor if you have symptoms associated with Parkinson’s disease. The tests specified by your doctor will help to rule out the root cause of your symptoms.

In Parkinson’s disease, neurons in the brain break down gradually and die eventually. Many of the symptoms are due to this loss of neurons only that controls the production of a chemical called dopamine. With an increase or decrease in the level of dopamine, the brain activity slows down, leading to impaired movement and other complications.

The cause of Parkinson's disease is not known yet, but several factors appear to play a role, including:

The body responds differently to Parkinson’s disease, and these changes can be reflected as:

The presence of Lewy bodies. Clusters of specific substances within brain cells are markers of Parkinson’s disease. These are called Lewy bodies, and these abnormal proteins in the brains of people with Parkinson’s play a role in the development of this disorder.

Alpha-synuclein is found within Lewy bodies. Lewy bodies have many substances, and the important one is the protein called alpha-synuclein. It is present in all the antibodies as a clump that is hard to be broken. This is an important measure in the development of Parkinson’s disease.

The following are the risk associated with the occurrence of Parkinson’s disease.

According to Ayurveda, most of the diseases caused by Vata aggravation are essentially the conditions of degenerative tissues. Kampa Vata is one such disorder caused by the imbalance of Vata doshas in the body, which is called Parkinson’s disease.

he treatment is usually inclusive of both internal and external drugs administrations in different forms. So, the aim of the treatment is to calm the ‘Vata’ balance.

Several studies have revealed the efficacy of Ayurveda and the medicinal herbs we have received in the bounty from nature. The treatments work on the core areas of the body and assure detoxification to enhance overall health. Once you attain harmony between the mind, body, and consciousness, you are bound to experience the best of health.

The treatment ensures improvement in the physical, emotional, mental, and spiritual aspects of life.

At AyuKarma, we are offering exclusive therapies and Ayurveda-backed methodologies for treating Parkison’s disease.

The treatment will help control and manage the signs of and prevent the progression of the disease.