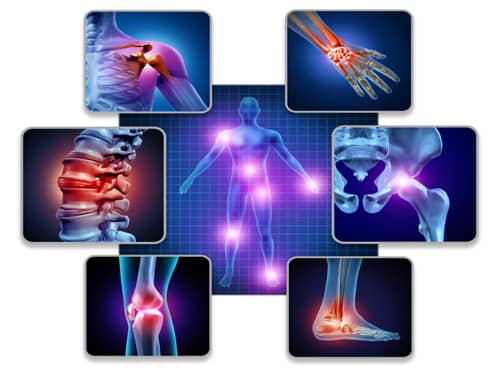 Fibromyalgia is a condition related to musculoskeletal pain followed by signs such as fatigue, sleep, poor memory, and mood swings. Fibromyalgia intensifies the pain by affecting the way your brain and spinal cord differentiates between painful and nonpainful signals.

The onset is commonly observed after a trigger, such as surgery, infection, psychological stress, or physical trauma. Many people with fibromyalgia may have tension in their muscles, headaches, temporomandibular joint 9TMJ) borders, anxiety, depression, and irritable bowel syndrome.

Women are more likely to be affected by fibromyalgia than men do. Individuals with fibromyalgia may have some other neurological disorders resulting in tenderness in the affected area.

There is no cure for fibromyalgia, but Ayurveda may help control and manage the signs from becoming intense. Exercise, opting for stress-reducing therapies like yoga, will also help along the recovery process.

In the early days of onset, fibromyalgia may not even be considered for real. Scientists are still working on the condition as the number of cases is growing. Meanwhile, most of the myths attached to it have been debunked.

The most prevalent symptoms of fibromyalgia are:

Pain that spreads or grows to other regions. The pain is usually dull and may last for months. Often, it travels to the body and mostly remains below the pain on both sides.

Cognitive difficulties. As it is a neurological disorder, most people experience poor cognitive abilities due to foggy appearance in the brain.

Fatigue. Fatigue and tiredness are highly pervasive in people with fibromyalgia. Those who have it mostly feel restless even after hours of sleep. Sleep is usually disturbed, causing, restless legs syndrome and sleep apnea.

Other common signs that come along include:

Fluctuations in the brain and spinal cord functioning, affect how the body reacts to painful and nonpainful events. There is an abnormal increase in certain chemicals in the brain that usually notifies the brain of the pain.

The brain’s receptors develop a sort of pattern of pain and become sensitized, which means they can’t differentiate between painful and nonpainful sensations.

Yet, some conditions are responsible for the changes in the chemical level:

Certain factors contribute to fibromyalgia more than others, including:

As per Ayurveda, fibromyalgia is a condition of imbalanced Vata doshas. Vata is held responsible for the nervous system’s stability and activation. When Vata is aggravated, imbalances in Pitta (metabolism) and Kapha (immunity) can also be experienced.

The buildup of Ama and Vata is the pathogenic factor linked to fibromyalgia. Perhaps, unhealthy diet or weak digestive fire is the cause of Ama or toxins buildup. When these toxins start to accumulate in the tissues and block the channels or dhatus, tenderness and hypersensitivity can also be experienced in that part.

So, the core of the treatment is to detoxify the body of waste and calm Vata. Ayurveda calls fibromyalgia, Vatavyadhi, which is difficult to cure and involves the musculoskeletal system and other tissues along.

Yoga and meditation along the line of treatment help manage stress levels which also contributes to the development of fibromyalgia. Lifestyle changes and dietary modifications also make a crucial part of the ayurvedic treatment.

At every step, we assure that our patients get the most out of treatment using our unconventional approaches.